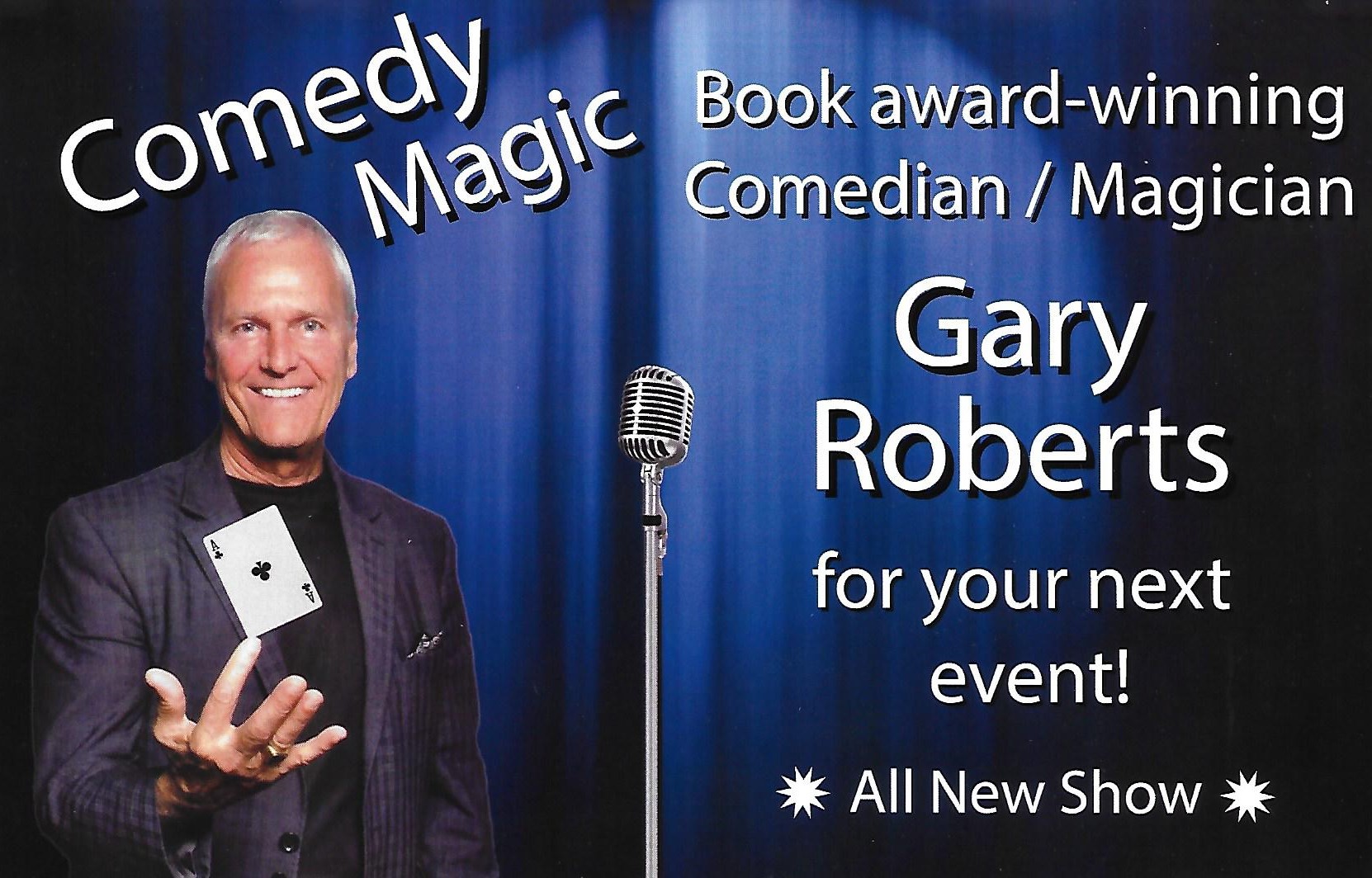 It was a sell out crowd at River Strand Golf and Country Club Saturday night January 11, 2020. Over 40 people were on the waiting list to attended.

Gary is a Florida Magician who performs an hilarious, side-splitting, stand-up comedy magic, show. The show is complete with audience interaction, magic, and mind reading.

Gary Roberts is more than a Comedian or Magician, he is an Entertainer!