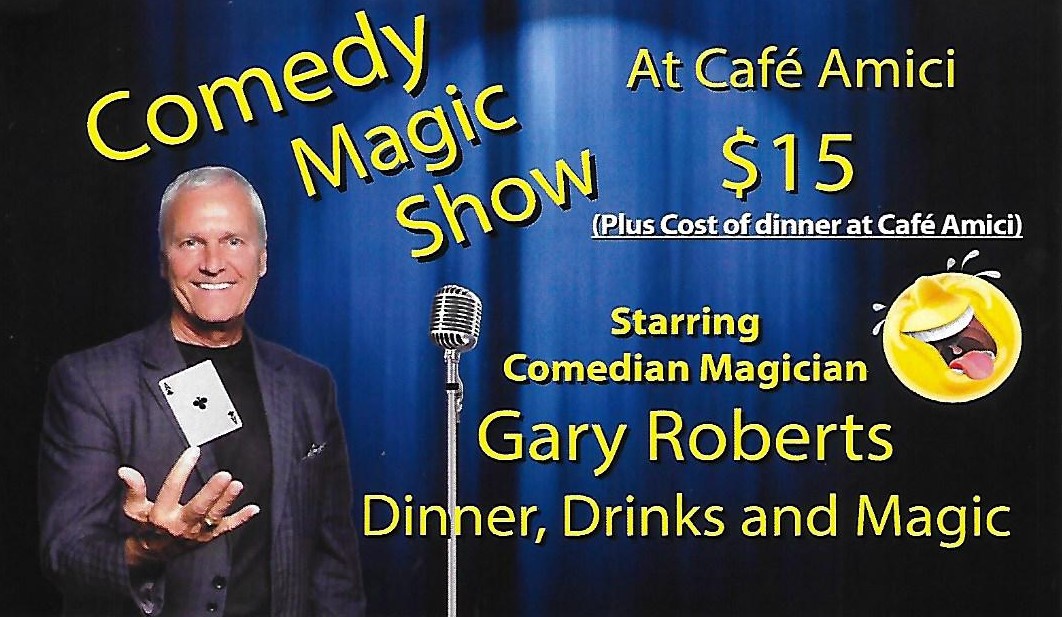 There are sears available for the other shows in February and March, please buy early so you will have a seat.

Florida based Comedian Magician Gary Roberts is known for turning heads with his laugh out loud comedy and magic and is sure to take your event to a higher  level!

Gary is more than a Comedian or Magician, he is an Entertainer.

Book Gary Roberts for your next...